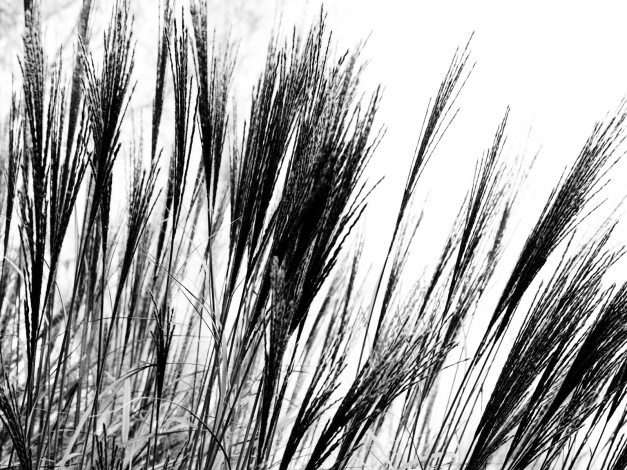 Deep where the fish don’t breathe, Dorian had a silent listener.

The boy went down to the lake with Doorknob, his Chihuahua. He stood by the water and hit reeds with a stick and told them to speed up production. Like dad, Dorian had employees.

The lake drank Dorian’s vocables. It listened to the sound of his voice and stirred. Slowly at first, it had been so long since anyone had come to stay.

Dorian whipped the reeds, demanding they grow faster, larger and produce more reeds like his father’s employees produced more clothes in their factory.

Dorian was cruel to them just like his father was to the women who worked there. Reeds that didn’t grow fast enough were snatched from the murky water and left to die in the summer sun.

Just like the girl Dorian stepped over in the alley behind his father’s shop. He knew her. Her sad face was streaked with tears and a pool of blood collected beneath her head, flowing down the urine soaked shortcut he used to get home after his wandering.

He took a piece of her clothing. He wasn’t sure why.

She was gone the next day but he could feel her, somehow.

Today, the rushes spoke. They whispered his name. They begged him to stop. He didn’t. He berated their lackluster performance, their spindly stalks, their flaccid tops. He removed ten this time for their failures.

He tore them to shreds, and pulled their fibers lengthwise into long strips. He braided them together. The wrapping motion soothed him. He braided long into the afternoon.

Deep within the lake, it stirred. The words were lost, but the feeling was there.

A rage in a shape too small for it. It recognized itself. It needed to hear the words.

He passed his father’s shop. Sneaking in, he saw two new faces, the same misery etched into every line of their being. He saw them that way. He saw their suffering waving back and forth. Bent, bowed, and most times broken. Like the rushes that failed him, their stalks were snapped. They sat and moved but there was nothing within them.

He saw his father, sitting in the corner, twisting them, binding them, holding them with strands only he could see.

Until today. Today Dorian saw them, he saw them like he could see his rushes. He saw his father’s eyes as he turned toward him and he knew.

He knew Dorian could see him now. His smile was cold, dark, and without color. Dorian returned to the lake and stared at the rushes.

No. They whispered to him. Don’t be like him.

The Worm turned. It craned itself past the point of no life. The lake was one where nothing living could be found in its depths. Only its shores supported a semblance of something living.

Dorian allowed Doorknob time off his leash. The dog did his usual inspection of the lake but refused to go in. Today he snarled at the lake. Taking a stand near the largest batch of rushes, he tilted, he barked, he railed against an unseen foe.

The worm writhed in his prison. The waters deep with the lake stirred with anticipation. The boy would be ready soon.

Dorian kicked Doorknob and inspected his rushes, this time seeking smaller imperfections than ever. Finding ten who failed he flayed them, stripped them, braided them into a lash, a green thread whose flesh was the objects of his dominion, his children, his thralls to do with as he willed.

Doorknob who had remained silent while his master braided jumped up and ran to the edge of the lake. His tiny howls were pitiful against the vastness of the lake, like a single star in a city-bright sky.

He could stand it no longer. The green lash whistled through the air striking Doorknob on the back. Rather than growing silent, the dog howled louder. Enraged Dorian screamed and beat the dog harder. Their feedback loop caused the silent lake to stir.

Dorian beat the dog until it was a bloody pulp. It did not try to run. It never stopped howling until it died. The echo of its howl slid across the lake like a stone, still skipping minutes later.

Dorian threw Doorknob into the lake. He washed the blood from his hands and wrapped his lash around his arm, drawing comfort from its closeness.

The lake trembled. The rushes conferred.

Dorian returned home. The sound of the sewing machines never stopped. Their clatter was something he had grown used to. The weeping of the women was another sound he had learned to no longer hear.

His father prepared dinner. Dorian ate and his father’s men hovered nearby all the time. They kept the place running smoothly. Each exuded fear, loathing, a personal terror which layered the factory house everywhere. Dorian could see it now. Each of the men carried their own brand of fear, a cologne of terror.

The whispering of the lake made everything clear to him. He ate his dinner, cold. Tasteless. Bitter. A meal of tears. His father spoke to him. He heard nothing, for there was nothing within his speech that mattered. It had been years since the last time he heard anything the man said. Not since his mother died.

After dinner, he crept down to the floor and looked at the women. Two faces were missing and three new ones had arrived. Two of his father’s men spoke to his father and Dorian saw the women following the men. Or he saw the spirits of those women beating at the men’s backs ineffectually.

Unsure of what he it was he saw he followed them as they left the factory house. The two men went out into the barn and pulled two bodies out and threw them into the back of their rusted out truck.

The truck vanished in the distance. The two spirits walked in the same direction and Dorian followed. They walked until they came upon the lake. His lake. The lifeless lake.

The rushes whispered, they told him to run. They told a tale of monsters. He watched as the two men took a small boat and pulled it from the lake. They laughed, their language unheard was filled with a vileness.

Dorian unwrapped his lash. The two ghosts came alongside him. He strode out in front of the two men and they laughed. He drew his hand back and the first ghost stood with him. His lash tore into the man’s flesh, ripping away gobbets of shirt and flesh.

The lake stirred, sensing its moment.

Dorian’s next swing was equally terrible and the man in disbelief cried out, but his shout fell flat, pressed down into the cold soil of the lake shore. Dorian’s second swing cut the man clean across the torso, more like a sword than a whip. The first ghost flew to him and tore his flesh, flinging it into the lake.

The second man pulled out a large knife and gestured menacingly. The second ghost filled Dorian and his reed whip cut away the man’s hand like a skilled butcher severed the haunch of a suckling pig.

The water rippled as the jar rose to the surface.

The rushes shouted to Dorian but he did not, would not heed them.

The second swing separated the man from his head. The ghost fled Dorian’s body and feasted upon the flesh of the man who took her life.

The Worm turned and the jar slid toward the shore, slowly at first, gaining speed, leaving a wake. The rushes turned to Dorian and pulled him into their embrace.

The rage in Dorian welled up and he resisted the rushes. They held him fast and he felt his rage fade away. Drained into the cold of the lake.

The jar made of ancient earth, be-spelled centuries before turned toward the ghosts feasting on the shore. It came to rest on a reedless part of the shore. The ghosts paused in their bloody feast, flesh dangling from their enraged silent mouths.

The lid of the jar fell away.

The ghosts stopped their feasting. Rage more primal than any they had shown until now crossed their faces. They turned toward the jar and their broken spirits, now raging bright, glowed so brightly Dorian could barely see them. Theirs was a righteous rage.

It didn’t matter. The thing in the jar reached a tentacle of pitch blackness, something darker than the darkness between the stars. As dark as the soul of men who fed on other men. As dark as the perfect night, and it surrounded the souls of the two women and drank them.

Until they went out.

The tentacle returned to the jar, pausing only long enough to put the cap back on.

Then the reeds released Dorian and returned to their previous role as wild grasses sitting on a lifeless lake.

Dorian paused to look at the reeds. He could hear them telling him to run. Away, anywhere but here.

Dorian picked up the cold jar. It was heavy. Cold. It stole the very life from his fingers. It whispered to him. He listened.

The trip home took until the early morning hours. He found his father asleep with one of the girls chained to the headboard. Two bottles of vodka were on the floor.

He left the jar in the room with his father.

He did what it told him to do.

He went into the basement and spread diesel fuel across the entire basement. He locked the doors ensuring everyone was trapped within.

Then he set the fire and waited.

He could hear the screams of everyone as they tried to escape. Within the tendrils of flame, he saw the black tentacles as the whipped through the building and consumed the broken souls of everyone within.

The fire lasted until sunset. Nothing that was done seemed to be able to extinguish the flames so the townsfolk returned to their homes and pretended nothing happened. Just like they did every other day here.

When the ashes cooled, Dorian walked into the building and found the jar.

He walked back to the lake. He heard the protestations of the creature within. He rubbed the jar. He told it what it wanted to hear.

He promised he would destroy the world with it.

He reached the lake and pulled out the small boat used the night before. He paddled out to the center of the lake.

He dropped the canopic jar back into the water and watched as it sank into the depths. It raged but without a willing body, it could do nothing.

As it vanished back into its prison, the reeds watched the boy. Whispered to him.

Bade him come to them. Sit with them. Braid them.

The reeds conspired on the only way to keep secrets.

He harvested all of them. For three days he braided them.

Then he walked with his braided reeds into the woods near the lake and hung himself.

The next summer the silent lake was covered with wiser reeds and visited by more innocent children.

Through the Reeds © Thaddeus Howze 2013, All Rights Reserved