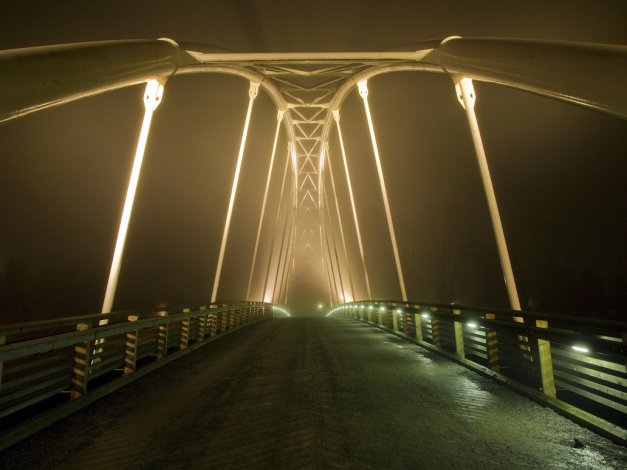 The Internet spawned many an unusual technology but none as strange as the Death-Web; a way to allow users to communicate after death with notations, salutations, benedictions and predictions pre-programmed before a person died; a message-in-a-bottle through Time.

Its early adopters were people who knew their impeding time drew near and wanted to leave data-rich missives to loved ones. The terminally ill found it to be of great comfort knowing they could leave messages on anniversaries, birthdays and other important milestones.

But like all things internet others soon found unexpected uses for the idea and began leaving predictions of the future, sometimes of technology, others of faith, some of war and occasionally a well-connected master gardener or farmer might leave a local almanac of planting seasons.

Eventually, it found followers among the technorati who wanted to have an opinion about everything even if they had already died. The technorati and futurists predicted technologies decades into the future and configured the Death-Web to release them upon their death. Keyword algorithms would release their predictions either on the date they were programmed for or in concert with news from active data streams indicating their prediction had come true sooner than expected. To be fair, most tech pundits weren’t good at prognostication, but as more of them passed on, that changed.

Living wills were composed on the Death-Web with pre-programmed videos of people mooning hated relatives and leaving vast fortunes to a favored cat or dog. Cuckolded husbands were told off by browbeaten wives, dark secrets revealed to angry children who could no longer take revenge on loathsome parents. As terrible as these things seem, beautiful things were left as well. Graduation videos, songs for anniversaries, still-living eulogies delivered by the Dead at their own funerals.

The Death-Web grew along side the internet, a morbid shadow mimicking life so well, after a while, it began to have an existence all to itself, with predictions for everything from weather, to the stock exchange, world politics and even celebrity gossip. Ten years of Oscar predictions and the Death-Web was always better at picking movies than the living were.

At some point the Live-Web and the Death-Web began to share information, at first tangentially, communication with the Dead were marked as such. Then invisibly, without fanfare, without people being made aware, the Dead were again, among the living. Software algorithms were written which could take an existing stream of social media and extrapolate from the Dead’s living stream of choices what choices they might make of new things and ideas. These Amalgams of the social media of a now Dead person, could continue if they chose, to share, curate, and even hold limited conversations with the Living.

Then people began to realize something strange. Not that this wasn’t already strange; something really strange. The Dead were right more often than the Living about almost everything.

No one was sure why this was true. Was it a side effect of people only willing to be honest when they had no stake in the game? Were people who knew they were going to die, revealing secrets they would never tell anyone while they were alive? This was a talk show subject of statistical debate for nearly ten years, while the Death-Web grew larger and more accepted worldwide. As families continued to support and pay for services for the Dead, programmers began creating software for the Death-Web at the same rate as any other environment. Companies started developing and harnessing infrastructure for this aberration-turned-engine of prediction.

And then, in a series of events, a group of stockbrokers joined the Death-Web unexpectedly. No one would have noticed them except for their social media streams right after their deaths, predicted an epic crash of the stock markets. All of them. They were dead when their predictions were seen but they had been written while they were alive. At least at first. After their buffered accounts had emptied, their accounts continued to predict the market with alarming accuracy. The source of these predictions could not be ascertained, the only thing known for certain was their accuracy. Soon their calls of collapse were being re-shared, repeated, even cast as news among the Living. And as the market reacted, confidence teetered. Something needed to be done.

Tech-seers, who managed the accounts of the Dead, sought out tampering because before this trinity, predictions were accurate but sporadic. The stopped clock metaphor was liberally applied. The Stockbroker Trinity’s predictions were not a single event but a stream of events which predicted the slow transformation of the economy and the eventual failure of commerce from a single series of purchases of stock. They told who would make the stocks buys, why they would, and what the result would be. The Tech-seers found no explanation and repeated the mantra “The Living guess, the Dead know” and continued in their work. Their research revealed no tampering and yet these three brokers would consistently predict the stock market for the next two years. After their deaths. Accurately. In a way no living person had or could. They became more successful in death than they ever were in life.

The government monitored the Death-Web much like they did any other social media network. Initially, no one considered anything said there to be of any import, but as time progressed, the Death-stream was a better predictor of human behavior than anything seen before it. Local skirmishes, the next meme, the next great celebrity, the Death-Web was a form of social consciousness, un-tethered from the meat which once created it, unconstrained, un-repentant and alarmingly accurate. No one was ever able to take credit for its capabilities, and once the Deathstream software was ubiquitous, freely given away on the Internet, it was unable to be stopped. It has become a network unto itself.

When the three brokers and their attendant social media streams predicted the market more accurately than living economists, this was not lost on national security agencies, which made every effort to find the companies involved in their predictions and quietly derail their corporate structures in a effort to prevent the impending economic collapse. Their efforts were successful and the predictions of the three brokers, for a time were broken. The Trinity was dead. Again.

The CEO and the board of directors of the corporation upon whom the blame was being placed for this barely averted collapse were killed in a plane crash in the Swiss Alps. Though the outcome was considered tragic, the problem was resolved to the satisfaction of the three-letter agencies worldwide.

The stock market did not collapse and the Death-Web, now behind closed doors called the Seer-web, had proven its value as a potential tool of social management. For another decade, Humanity and its data shadow moved in step, one arrogant in life, the other truthful in death. And three-letter agencies everywhere trembled in fear; for what can you hold over the Dead to keep any secret?

Photography: Foggy Bridge © Slarba/Petri from Finland; an artist on DeviantART