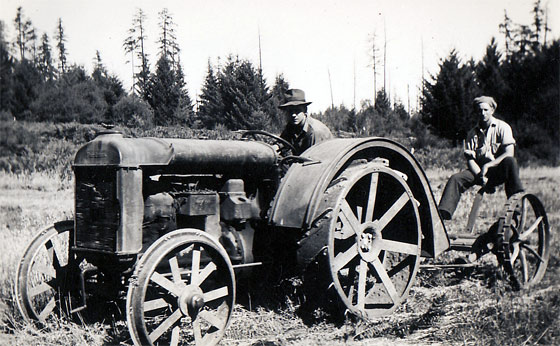 We killed the Internet in the year 2042.

We didn’t know we were going to. Our addiction to data overwhelmed us as a species. The news went around some years later saying something about annual exponential data accumulation or some such.

Things were faster back then. Computers, we used them to do everything. Innocent citizens kept putting thousands of pictures of themselves online.

It wasn’t enough for an individual to store more images of themselves than the Library of Congress, people started lifelogging and not just keeping pictures, they kept digital recordings. The technology got cheaper, smaller, faster, but data could only be made so small. But we thought we had infinite space to store cat pictures and meaningless footage of our lives shuffling paper in our offices.

The Cloud had finally become the Internet as we knew it. No one knew how it worked, no one cared. It had achieved a ubiquitous quality, everywhere and yet nowhere in particular. People stored their data on a server that was not their own. Not in their home, or neighborhood or even state. We stored our data on other parts of the planet. And they did the same. When the cloud crashed, it wasn’t just because of cat pictures. Though they didn’t help things.

It wasn’t just invasive advertising which had connected itself to every single piece of data being uploaded or downloaded. It wasn’t just the games, oh my God, the data-hungry games, everywhere, every second of every day. It wasn’t just the NSA tagging our video streams using their Watson supercomputers to ferret out would-be terrorists hiding in my neighbor’s garden.

Nor was it the Russian-Nigerian mobsters who promised me mail-order diamond brides if I just helped them with checks made out to foreign investors trapped in their country without cash; spam filters worldwide couldn’t keep up with the requests.

It wasn’t the just the botnets who were randomly spawning themselves like salmon after inventive hackers in China and Singapore taught them how to mutate naturally and ensure no operating system, whether it be a desktop, or laptop or phone or tablet could truly call itself safe. These botnets spawned randomly competing for dataspace and after a while even the mutations fought each other for dominance creating their own software that needed space on the internet.

The FBI wanted to be sure that potential trafficking organizations who were secretly under surveillance could be effectively tracked across state lines so every telephone in the nation broadcast its location back to a series of supercomputers tracking those phones (in real time, of course), to be sure every phone’s location and the person responsible for it could be known, just in case they were a terrorist or a kidnapper. Or a stealer of stamps, or launderer of money or whatever else the FBI does while they claim they are keeping the nation safe.

But mostly because it was easier tracking phones than people (officially, unofficially, because everyone had been tagged from birth) or given a tag every time they went to the doctor to ensure they were citizens. People who weren’t tagged in building might find themselves the subject of an ICE investigation and deportation. For this to be effective the Cloud was abuzz with information most people didn’t know was being collected.

The same could be said of the CIA or the NSA with a correspondingly higher body count. Multiply this by every nation’s secret police they all claimed not to have and you have a torrential amount of data being collected that no one would ever have the time to read. Even computers couldn’t be bothered with parsing the data and delegated the task continuously to the oldest computer around, ensuring the feat would never be completed.

All of this stopped on Wednesday, February 26, 2042. No more uploads, no more downloads, or tracking or finding or reading. It just took one computer system to be down, one network to be unavailable to bring it all to a halt. On this day, a particularly hot day over the Midwestern Googleplex, the failure of a cooling system caused the indexing capacity of the Cloud to be temporarily exceeded.

But like all systems without proper redundancy, one failure leads to others. For fifty years we built on this system taking it for granted like we did sewer systems in infrastructures of old. And just like then, we found ourselves hip-deep in shit.

No more hash, no more storage, no more places to put cat pictures. A world ablaze in digital commerce screeched to a halt. Just like that.

Kids went outside to play.

Adults went to work, to work.

People looked at each other. And now for the first time in a long time, spoke to the person right next to them. While computers still work, network access is spotty and unreliable. It’s hard to be sure what your computer will find these days. Most of it isn’t very useful.

We find data archives sometimes and they are of people’s lives far away; in a time very different than now. We watch them for a while, marvel at the world back then and then get back to rediscovering technologies we lost in The Crash. Most of us are farmers now. (I secretly aspire to be a journalist.)