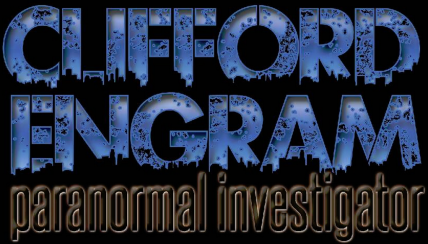 If you’re planning on making a career as a PI (Paranormal Investigator) particularly if you’re planing on working with The Agency, you might want to keep some of these rules in mind. They have a three hundred page handbook of operational procedures but this is my short list of things I have found most useful for staying alive. RTFM if you have the time.

Freelancers have a bit more wiggle room but not much (nor do they get paid as well, I might add).

The most important rule is this one: Magic, the energy which is the foundation of Creation, is real and entirely self-aware. And it’s not user-friendly.

It wants to break into our world and ravage it, consuming the souls of everyone who uses it, and dining on the energies of everyone who can’t. It hides behind the veil of the Second World and uses the inhabitants of that World to breach the boundaries between all the Shard Worlds. Yes, there are more than Two Worlds. Read the manual, newbie.

Our job is to promote the disbelief in the existence of and use of magic. We are to discourage citizens of the Second World from revealing their presence, without being bastards about it. In that regard we don’t have to work hard, most Second World citizens recognize the destructive capacity of an aware Humanity and keep the secret without much help on our part.

But Magic is real and wants to be used. It will manipulate anyone it can to make itself manifest.

Most Magi (skilled magic users) know this and take great pains to protect themselves and the world around them from the use of their magic. It’s the unskilled and uninitiated who lack of knowledge regarding the tools, rituals and techniques to “safely” manipulate magical energies. Note the quotation marks.

Your job is to promote the general disbelief in magic, investigate possible sightings of magic and magical phenomena and debunk them if possible, neutralize them if necessary.

With that in mind remember these as guidelines in your work. Yes, while I am recommending these guidelines, I have been known to break one or two of them from time to time. Sue me.

Never neglect your body or your training. An Investigator is only as good as his skills. We don’t advocate the life of an ascetic, unless that helps you maintain your skills. Continued mastery may mean the difference between life and death. (Yes, I stopped smoking. Mostly.)

My advice: Train until you die.

Use a light touch. Be polite. Be civil. Force is a last resort. Never use more force than is necessary to disabuse someone of the existence of magic. Collect their tomes, replace them with fakes. Remove their terrifying artifacts and replace them with replicas. The Art and Replica Division has entire copies of most of the worlds most destructive magical tomes, without all of the inherent magical threat.

While magic is real, it is the failure to manifest it which keeps the world disbelieving in magic and safer in its disbelief. Promote disbelief in magic whenever possible.

Plan ahead. No one can plan for every contingency especially where the Second World is concerned. But there’s no reason to neglect the simple things that might keep you alive and are easy to pack… A blessed, cold iron knife with a silvered edge is standard procedure in almost every culture. Keep your gear close.

Pack according to the myths of the culture you’re in. Research is your friend.

Trust no one. Yes, they look like your friend, but they could also be: a powerful shape-changer, a well-cast illusion magic, a well-trained spy with plastic surgery, a drug-induced hallucination or possessed by a malevolent spirit, you get the idea.

Our world is a complicated one. Make no assumptions about the people you interact with. Verify before you turn your back on them.

Pay attention to your surroundings. When you enter someplace you didn’t already clear, take time to remember where the exits are, note the windows, and watch the wait-staff. It is too easy to take a waiter for granted and forget they are there. Then they shoot you.

Be focused. Be mindful. Be in the now. You life depends on it.

Trust your instincts. Your ancestor noted the grass moving against the wind and wasn’t eaten by the hungry lion. You are the product of million years of evolution. Act like it.

If something in your unconscious says no, go with it. You can always be embarrassed later if it’s just a surprise party.

Arrive early to any meeting, a day ahead if possible. Scope out the lay of the land. Monitor lines of sight. Do a historical check to be sure it isn’t the site of a legendary battle or a Native burial ground. If you’re on good terms with a seer or medium, make the call.

Never go anywhere you haven’t had the chance to investigate fully. If you can get help, don’t be proud, take the help.

Learn the operating procedures of the culture you’re visiting. It’s the little things that get you in trouble. In Japan, never put a business card in your back pocket. Bow and use the proper honorifics. In India, never eat with your left hand. If you’re left handed, you will drop a lot of food while you learn to eat RIGHT-HANDED. Speaking of food, know when it’s safe to actually eat food. Some cultures use hospitality as a weapon, to force you to stay somewhere (See: the Sidhe or Fey), others use it as a means of keeping the peace.

If you aren’t sure what the rules are on local hospitality, refrain from eating too much (if anything at all…) until you know the ramifications of doing so. Most hosts will relay their expectations (if you’re lucky).

Everything is a weapon. In addition to guns, knives, swords and the traditional improvised weapon made of almost anything, accessing the magic of the Second World allows you to use a variety of dangerous effects to turn nearly any object into a weapon. With the proper ritual, a weapon of mass destruction could be a soft and friendly teddy bomb.

Remain mindful of places you’ve never been and strangers handing you anything you didn’t ask for.

The larger the crowd, the greater the threat potential. If you must be in a crowd, make it one that will help you remain anonymous and able to follow your target surreptitiously.

Remain unpredictable. While Chaos is an enemy, it can also be a tool you can harness. Keep your enemies off balance when possible by doing the unexpected. Deception can be a valued tool.

If you’re doing it right, you may even surprise yourself.

Stupid people are everywhere. While the greatest threat will come from those with the intellect to master the most powerful magics or create the most sophisticated technologies, often it will be the stupidest people who will use those magics or technologies, not understanding the consequences of their actions.

You must remain on your guard when confronting stupid people, often they know not what they have done, until it’s too late for all involved and you’re left cleaning up.

Everyone can be a monster. Some look like it on the outside, others only on the inside, but with the right incentive, when pushed, everyone can become a monster capable of unspeakable things. Threaten her grandchild and Granny can become Jason.

If you work for The Agency, you are likely a monster yourself. Remember if you lose control, The Agency will not hesitate to put you down.

Ki-do is dangerous. While many Agents don’t use Chaos Magic, many do use Ki-do. Ki-do does not use the Chaos energy of the Universe to perform magical feats, it draws its power from the user’s Ki or inherent lifeforce energies. Ki, Chi, Qi, Lifeforce, Mana, it has lots of names and they all mean one thing. You are burning your personal energy to perform those effects. If you aren’t a mage, kido can be handy in a pinch. Be careful, too much kido and you’ll be doing your enemy’s work for him.

Because of its utility, it’s easy to become overly dependent on Ki-Do in the field. Be mindful you don’t kill yourself while using it.

If you aren’t sure you’re going to get permission to initiate a particular plan, just do it. Better to beg for forgiveness than to ask for permission from someone who isn’t on the scene and isn’t likely to know more than you do. Know Thyself. You are responsible for every decision you make, everything you’ve said or done.

When you’re in the field, you get to make the call. If the consequences are high, and you’re successful, expect a reprimand, you’ve earned it. If your unsuccessful, the upside is, you’re probably already dead and can skip out on the reprimand.

The most important rule of all: Protect your friends and allies. The First and Second Worlds are long on enemies and short on allies. If you can make a friend, do so. Retention matters. Keep your friends safe. Turn enemies into friends, if you can.  Occasionally friends become enemies. That’s life. Realize, some people are irrational and cannot be turned into allies.

Protect your friends. They are the most important asset you can have. Over time, your friendships can make or break you as an PI.

Respect the seen and the unseen. The invisible world of spirits, gods, and animus, are just as real and should be respected (and maybe feared just a little).

Being an Investigator does not mean you are cruel or monstrous to your enemies. Respect your enemies, treat with them both fairly and honestly. Many Second Worlder’s (and more than a few First Worlder’s) value honor and integrity above life itself. A reputation for integrity may one day save your life.

If you give your word, keep it.

Protect the Innocent. Our job is to make the world a place where the young and innocent never have to fear Wild Magic.

Never give up; take whatever risks are necessary to make the world safe.

Broken Glass debuts Clifford Engram, a harried agent of the Paranormal Investigative Unit, commonly called The Agency. More secretive than the FBI, more informed than the CIA, more dangerous than the KGB or the Mossad, the Agency is the front line to a secret most governments can still scarcely believe. Earth had been resisting invasion for almost two thousand years. Many of our wars, both covert and overt were often covers for repelling invasions from alternate realities.

Every tale of magic, every story of super-science, every horrifying monster, every legendary hero, were all interactions with quantum-dimensional mirror realms called Shards. These parallel worlds are often filled with diverse life-forms, alien technologies, and in many of them, that technology is indistinguishable from magic. Some of these aliens have taken up residence on Prime Earth and are too entrenched to remove. Compacts have been made with these species to keep them under control.

Click on the book cover below to know more. Available in Kindle format from Amazon.com!