Posted by Ebonstorm on November 19, 2011
Posted in: Uncategorized. Leave a comment 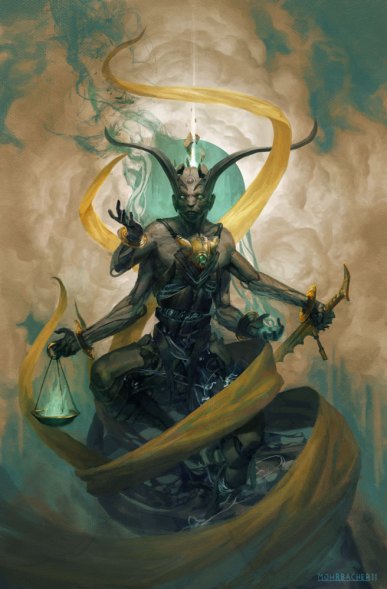 Excerpt from Dark Star Rising: Kali summoned her spirit swords and began the ritual dance of power. Tapping the energies unique to this plane, she bound its power to hers. She felt the lives of The People, and their rage at the creature that destroyed them. She felt their need to lash out, but also their impotence since they are deceased and can no longer affect the world. Her dance said that they could.

The portal had been open for some time. She remained peripherally aware of it as the spirits of the dead came to her and followed her dance, each lending its tiny essence to what she was, a goddess of destruction and creation, a goddess of Time and Space. They sensed her kinship to all things in creation and were at peace.

The portal was rent asunder as the Other suddenly arrived, and the two power-mad creatures tapped the energies of this plane and dozens of others nearby for their conflict. They ignored her and closed the gateway while their battle continued.

“Our deal is done. Release me.”

“Germ gods are in no position to make demands. We have our quarry, and we will use you to get back to your world once we have had our revenge.”
“You will stay with us.”
“We will be free of this place. We taste your world on him. It is to our liking.”

Their conflict was so terrible, nearby shard realms of existence were destroyed as they moved their battle through dimensions. Kali realized this creature never had any intention of letting them go home. That was why she told Shango to leave. She had no intention of staying.

Turning to the gathered spirits she raised her arms and shouted to them, “You seek revenge. Only Kali Yuga can give you that. So I release her to you. Gain your revenge!”

Kali’s dance moved faster, her four arms became eight, and she directed the energy of her death magic through the souls of those damned to be in this place, and they reflected her.

Her spirit blades appeared in their hands . And this happened again and again until there were hundreds of her and the contagion continued, spreading until there were thousands. Each shone with a dark energy that disrupted the very air around them. Slowly they rose into the air and their spirit blades sang out their song of retribution and revenge for their unjust deaths thousands of years before. Tiny stars of black fire began to arc through the air.

The gathered spirits by the thousands turned their energy toward the ancient gods locked in battle. They were not aware of the dark stars surrounding them. Each deity was consumed with its hatred of the other.

The crazed tentacled god bound his brethren in a smoky embrace. The dark invader sliced away tentacle after tentacle, even as new ones replaced them. Their struggle destroyed the remnants of the great civilization around them as if they were nothing more than tissue in the path of a hurricane.

Then lead by Kali, the People exacted their revenge. Each hurled itself at the Great Old Ones. Their fiery trail slashed through tentacles and Dark God alike, and their screams of rage were palpable. Once ignored by the Great Old Ones, but no more. Now their rage was given form and a world quaked as bound spirits rose up against their slayer.

Kali Yuga smiled and continued her dance as the sky lit up by the fiery stars of souls enraged. And the Dark Gods knew fear.

First Appearance: Kali Bodhisattva and her more formidable forms appears for the first time in my short story Dark Star Rising. In that story, she is the divine avatar of Kali on Earth and is a member of a renegade superhero group called the Paragons. She is one of the Paragon’s big guns with physical prowess, magical abilities and terrifying powers. Beloved and feared, she is considered one of the most powerful protectors of their world and is married to the other divine member of that group, Shango the Thunderer. She also appears in my novel Equinox, The Last Scion.

About the Artist: Peter Mohrbacher, known by his handle of One-Vox on  deviantART, is a professional artist, and the creator of the strange and beautiful picture called Mercy seen above. When I went to see what the picture was about, at his new site www.wipnation.com, I found the picture had gone through a variety of transformations before stabilizing in the form you see now. I was looking for a picture of Kali but most had her looking too cartoony or a bit too much like a religious icon. This had the most serious appearance with a touch of other-worldliness I was looking for. Mercy is a seriously scary image.